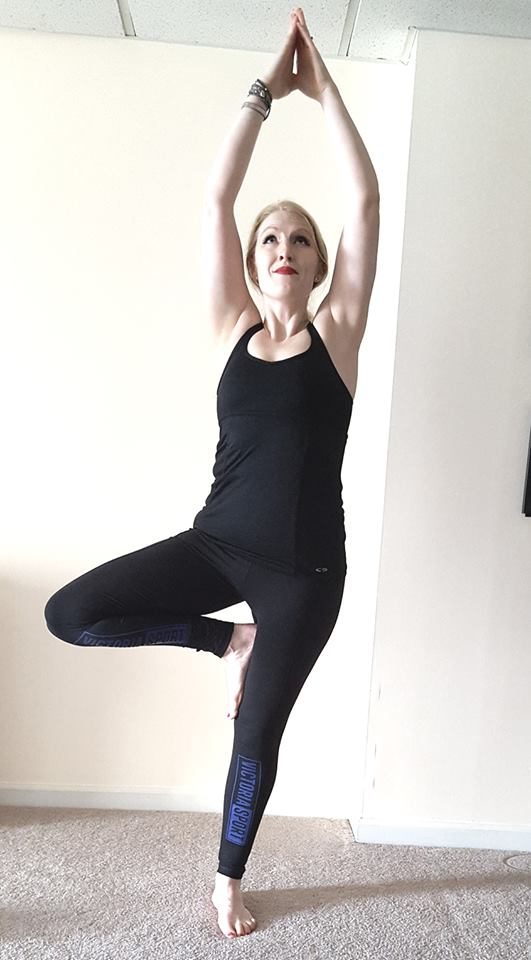 Yoga has been a part of Rachel’s life for many years. Rachel was first introduced to yoga (asanas) in 2001 as way to help her recover from fracturing four vertebrae in her back. She continued to practice yoga asanas for the next few years until her focus shifted away from a continual practice.

Rachel practiced yoga asanas off and on until 2014 when she rebroke one of the previously injured vertebrae. Again, she turned to yoga; however, this time was different. Rachel felt that she needed more than the asanas, she needed to explore yoga in its entirety. She sought out a studio and a teacher. It was here that her practice truly began.
As her yoga practice deepened, Rachel wanted to help others do the same. She completed yoga teacher training in 2016 at and became a Registered Yoga Teacher (RYT-200) with Yoga Alliance. The focus of her training is in Yin, Vinyasa, and Hatha styles of yoga. She also has experience with aerial yoga, the yoga wheel, and trauma focused yoga.

Along with her certification, Rachel holds a Masters of Science in Industrial/Organizational (I/O) Psychology and a Bachelors of Science in Psychology. She has spent the past 10 years working in the social services field. She also has been providing I/O psychological services to various businesses since 2013.

When she’s not on her mat, Rachel can be found traveling with her husband, running, burning food (cooking is not her strongest talent), hiking, Netflix binging, crocheting, and spending time with her family and friends.

Helping others achieve their highest level of fitness possible while being the best version of themselves.

Hatha or vinyasa classes are at a moderate pace and are accessible to all levels of practice. These classes focus on strength and flexibility. Classes begin with centering, warm-up asanas, sun salutations, standing postures, balancing, core/back, seated poses, and cool down before moving into savasana. During class, students are welcomed to move with their breath and to be mindful of how the poses feel in their body. These classes offer students a challenging, yet accessible, experience that will leave them with feelings of wellness and accomplishment.

Yin classes are a set at a slow pace and are accessible to all levels of practice. Yin focuses on flexibility and mindfulness by working on the fascia in the body. Poses are held for an extended time (3-5 minutes) to reach deep fascia in the body. Classes begin with centering and move into seated floor poses. The class ends with a relaxing savasana. Yin is a wonderful addition to an existing yoga practice or an exercise regime by offering a unique relaxing and challenging experience. If you are looking for a relaxing practice that will leave you with a feeling of wellness, yin is for you.

A client was in an accident where he broke 7 vertebrae. He was able to walk, but had limited mobility. He could not sit up straight, touch his toes, or bend over without pain. He came to my yin class regularly every week. Over time, a couple of years, he began to gain mobility and his pain level decreased. He now can sit up straight, can touch his toes, and can bend over without pain. He also states that he feels more relaxed and centered, whereas prior to his practice, he had difficulty concentrating and sitting still. He continues to maintain a regular yin practice. 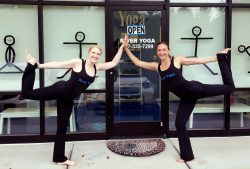