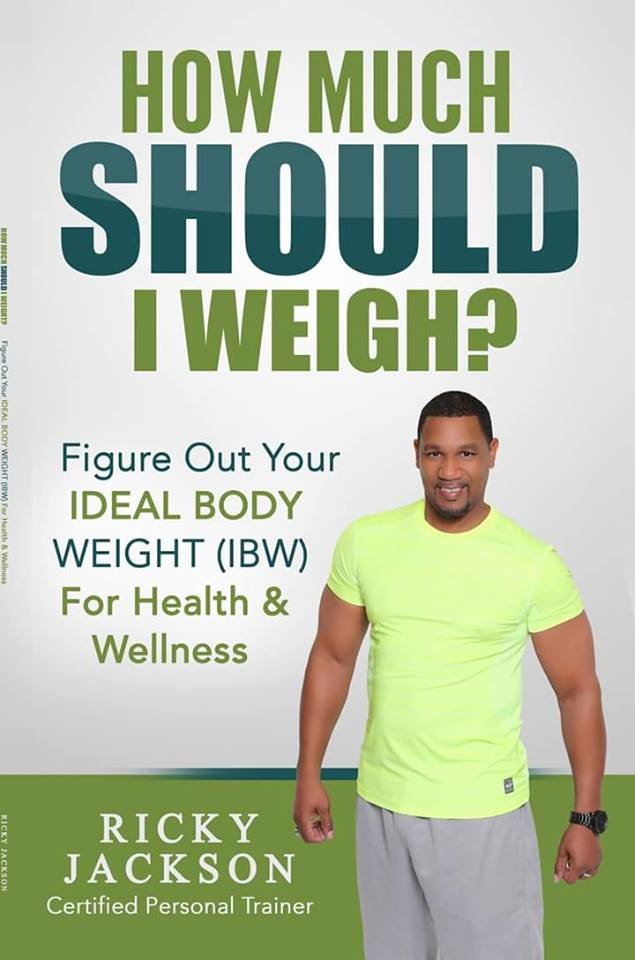 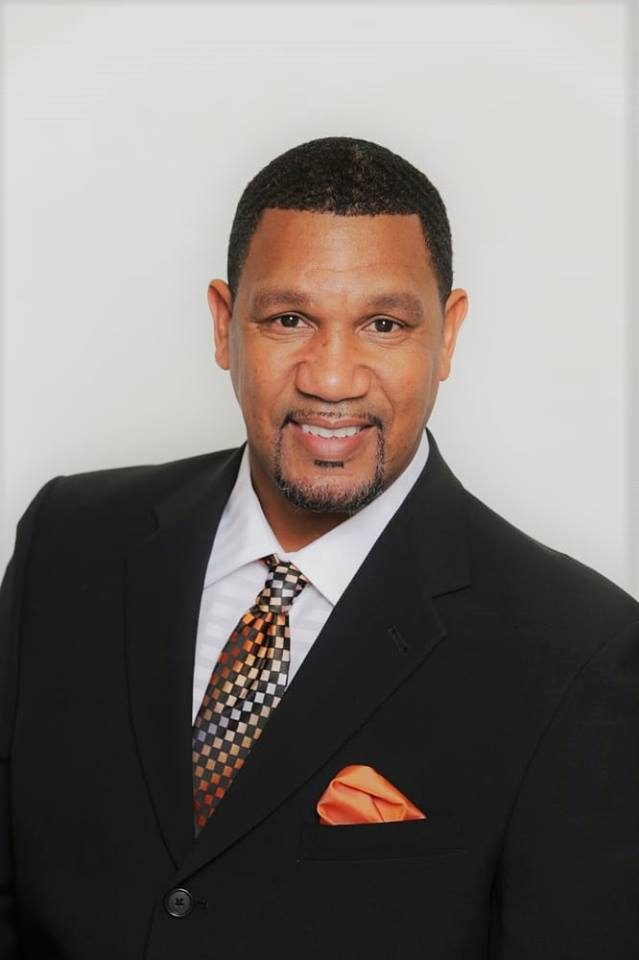 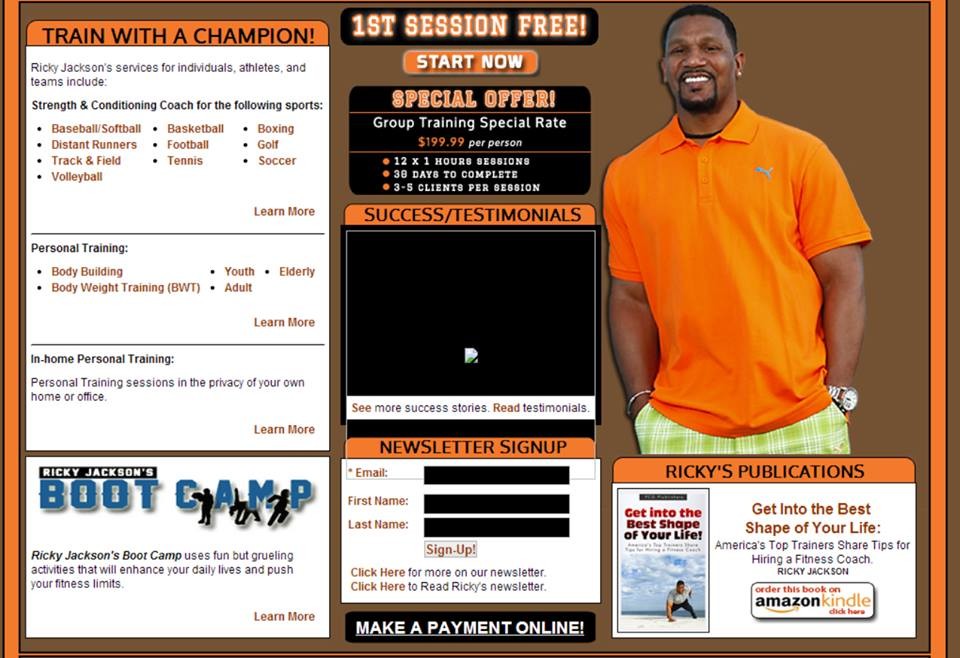 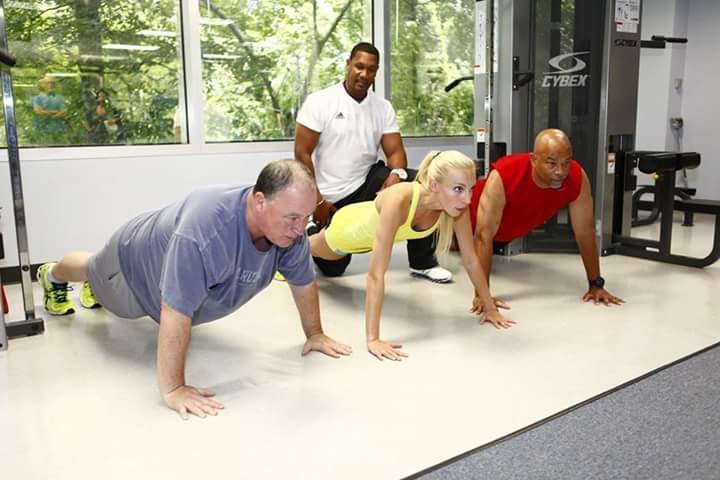 8X Trainer of the Year Boxing and Personal Trainer, Ricky Jackson has been involved with fitness for the last 40 years, as a professional athlete, collegiate and professional Head Strength & Conditioning Coach for 18 different sports, a Youth Camp Supervisor at The Houstonian Health Club, and a Boxing/Personal trainer at The Briar Club. He has developed his training regiments from his 100 plus hours of Human Performance studies at Texas Southern University to the various trainers and coaches that he has had the tremendous privilege of working with over the years. It has been a great advantage for Ricky, both personally and professionally to have been involved in so many phenomenal training programs. These experiences have helped Ricky develop a style of his own, which includes the most advantageous training regimens for each one of his many satisfied clients.

“Coach” Jackson was a professional prizefighter from 1989 until retiring in 2001. He bypassed the amateur ranks and began competing on the professional level. He turned heads with an impressive record of 26 wins, 4 losses with 18kos. Achievements during his illustrious boxing career include:
•Texas Cruiserweight Championship Title 1994
•Texas Heavyweight Champion from 1994-2001 (Emeritus)
•World rankings with the WBU (#8), NAFB (#12), WBC (#16), and WBA (#22).

He also made boxing history by fighting for the first-ever WBU World Supercruiserweight Title.

As a free agent, Ricky Jackson fought for some of the top promoters and trainers in the World; George Benton, Lou Duva, Eddie Futch, Emanuel Stewart, Don Turner, and Tommy Brooks, Curtis Cokes, Jessie Reid, Aaron Snowell, Cedric Kushner, and the Duva’s Main Events Monitor. In 1998, he signed with boxing promoter Don King, where he remained until 2000. He attributes his exceptional strength and conditioning knowledge to the multitude and quality of coaches and personal trainers he has the privilege of working with over the years.

Consistency and intensity is the key to your health and wellness success!

Heather Garner- Compliance Office (Testimonial) Approved Remove
I have been training with Ricky for a little over 8 years now. When I started with him I was 10 months post-op from having an L5-S1 Anterior Lumbar Fusion (back surgery). For ten years I had issues with my back, throughout my entire 20’s I felt like I had the body of an unhealthy 80-year-old. I was in pain all the time. I could not exercise or do most things people my age were doing without “paying for it” during the following weeks. I had heard about Ricky from some friends and they all spoke of him very highly. I was very skeptical about training because of my history with back pain, but eventually, I was talked into at least giving it a try. The first time I worked out with Ricky, we talked extensively about my concerns and about my surgery. He developed a program to help me strengthen my core to help support my back and lessen the pain. When I started I couldn’t run more than a couple of minutes, could barely squat 85 lbs. more than once, and was still dealing with back pain. Within 6 months of training with Ricky I was running 2 miles, squatting 225 lbs 10 times and I no longer had back pain 24/7. Due to a new job and hectic travel schedule, I had to take a 10-month hiatus from the gym. However, I’ve since returned to the gym and part of that decision was due to that “sneaky” back pain I felt returning. Since being back in the gym the last 3 months, I am doing things I never thought possible. I am already up to running 3 miles every workout and I feel great. My strength is also returning rapidly. Training with Ricky was one of the best decisions I ever made, he has changed my life! People workout with trainers for all different reasons, I chose to do it because I wanted to take control of my body and be pain-free. Ricky Jackson helped me achieve this goal. In addition, working out has helped to increase my self-esteem and confidence in my abilities. 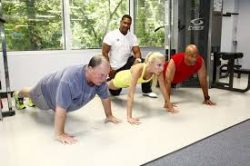 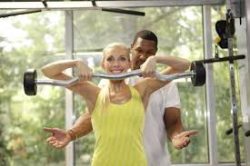 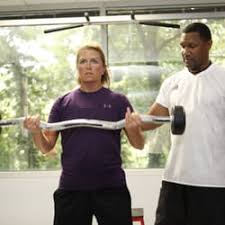