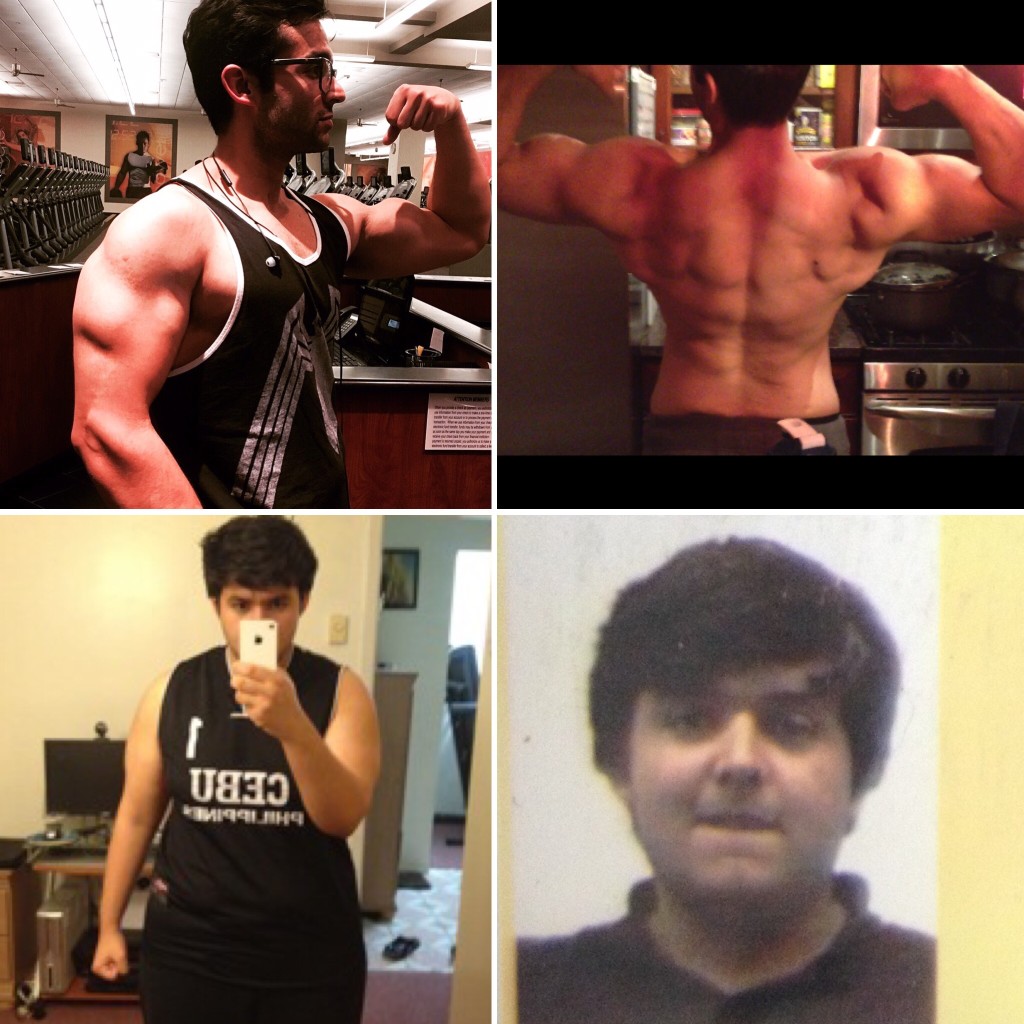 Ever since I was young, I’ve always been the “chubby” kid. Initially, it didn’t really bother me because, as the youngest of three boys, my family found my chubbiness to be quite “cute”. Also, having an abundance of delicious food around me was never out of the ordinary and certainly didn’t help. As a part of a Pakistani family, food played a vital role in gatherings and religious holidays. These gatherings always consisted of sumptuous yet unhealthy foods, which I took great joy in eating. However, as I got older, “chubby” became “fat” and “fat” became “obese”.

It wasn’t until during the winter break of my sophomore year in college did life truly hit me. I remember going for a routine check up and was diagnosed with Acid Reflux. As I was lying down on an exam table, the doctor read my vitals: “High blood pressure, high cholesterol, increased triglycerides, increased risk of type 2 diabetes…”. The list went on and on. The reality was that I weighed 315 lbs at 5’10’’ as a 20-year old. I didn’t realize it then, but everything was harder. Simple tasks such as going to get groceries, waking up, and walking up stairs all seemed like climbing mountains. Even more, I would hate going to the doctor since she would tell me the same thing over and over again, that I was headed towards an early grave. Understanding this reality, I knew something needed to be done. So, it was time for a true change.

On August 14, 2011, I began the journey of what seemed like a thousand miles. With proper research, I began exercising and eating right and kept this up week after week. As the pounds literally started shedding off, I became even more motivated to continue my journey. At first, the process seemed like a chore but there was something innate that kept telling me to keep going. There were countless times where my body wanted to quit but my mind wouldn’t let me. Long story short, today, I am at a healthy weight, with perfect vitals, and physical activity no longer seems like a chore but is now a lifestyle and a hobby. More importantly, I felt mentally and physically healthy. No longer am I the victim of my own perceived limitations. Although, It took me 2 years to lose 150lbs, I have since maintained this newfound sense of healthiness of both mind and body and I don’t continue to stop. In the process, uncompromising discipline, strong work ethic, and sheer motivation have translated into a healthier me, and the unrelenting desire to guide others through their struggle to better health. My struggles and triumphs with my own health have provided me with a unique perspective on both the mental and physical struggles of attaining good health. In effect, this has been the impetus for me to pursue a career in Fitness.

One hundred and fifty pounds ago, I didn’t know where I was headed. But, today I am a NASM certified Personal Trainer and have launched my own personal training company. All in the pursuit to help others who similarly face overt physical and mental obstacles that prevent them from truly living their life. I seek to use physical activity as a framework and source of empowerment for others.